Click to slide down Menu Panel
Home > Articles > Where does your smoking pipes come from?

Where does your smoking pipes come from? 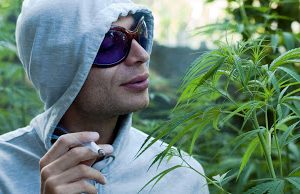 Where Does Your Medicinal weed Come From?

If someone asked you to close your eyes and imagine where your medicinal marijuana comes from, and you imagine a villa surrounded by El Salvadorian fighters with AK-47s guarding pot fields, you have seen one too many movies. Did you know that your medicinal marijuana was likely grown legally right here in the USA? The next time you shop at a smoking pipes store looking for some high-quality hand-made smoking pipes, know that it was not harvested by blood money on the black market, but likely came from a legal and taxed farm in Washington State or Colorado where marijuana is legal without a prescription.

The day that Washington State granted licenses to grow and harvest marijuana, 90 farmers were granted access to cultivate the crop under an effectual “don’t ask, don’t tell” policy where seedlings and young plants could be sourced anywhere, even from illegal sources. However, these illegal sources are not likely akin to the scenes we remember from ‘Scar face’, but rather from places like wild plots hidden in the mountains guarded by college kids and hipsters. The truth is your marijuana is probably not stained by the blood, sweat and tears of Panamanian gun-toting adolescents, but your pot does come from the quasi-legal black market pot gardens of America by egg heads who think they are cool because they play their games on an 80’s era Nintendo Entertainment System and wear beanies in July. Or they could be like Kevin Dietz, an average-looking guy and co-owner of the Washington State based Gecko Growers where custom built facilities allow the production of the state’s second largest cash crop at $1.3 billion a year second to apples at $1.15 billion.  According to Dietz it takes a minimum period of eight weeks to harvest the crop and an additional two weeks to dry it out. The next time you pick up your favorite wood smoking pipe to pack a bowl with your choice strain of marijuana, you can feel curious pride knowing that you are likely pumping money into the economy of local growers. So how much does it cost to farm marijuana? Monkey Grass Farms, an indoor growing facility in Eastern Washington says they spend $4,000 per month on running the 23,000 watt lights that nurture more than 500 pounds of the crop produced every 25 days on average. Then there is a staff of 25 employees to pay, the utilities, equipment, maintenance, and by the time you have counted all your pennies you are looking at tens of thousands of dollars. Whether your pot comes from indoor or outdoor farms, at least you can rest assured knowing that drug lords and cartel members had no role. Instead, eager and passionate local growers from the USA are responsible for bringing top-quality weed to your pipes. In fact George Washington himself once said that, “liberty, when it begins to take root, is a plant of rapid growth”, and no doubt if our good old founding father was alive today he would pack a fat bowl in a handmade glass smoking pipe, light it up, toss his powdered wig to the dust, and announce that marijuana is the true plant of rapid growth that is shaping America and making it a more mellow place to chill.

“A pipe in the mouth makes it clear that there has been no mistake–you are undoubtedly a man.” when the time come to buy a new smoking pipe get it at the smoking pipe depot the best smoking pipe store on the web. thank you for your visit us and please stay safe.