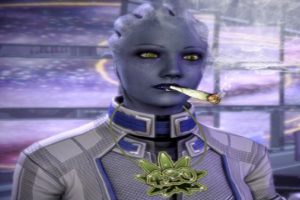 May the Fourth be With You: Smoking Weed Skunk on Star Wars Day

If you grew up watching Luke Sky walker destroy the Death Star, or wondered what it would be like to work as a biker scout speeding through the forest floor of Endow, then you might be one of the millions of fans to celebrate Star Wars Day. Chosen on May fourth for its obvious pun, May the Fourth ushers in the celebration of all things Star Wars, and what better a way to divulge in the festivities with one of many handmade smoking pipes packed with your favorite strain of marijuana! for all weed smokers around the globe

If you are going to host a Star Wars party and watch ‘The Empire Strikes Back’ , or play “pin the ears on a gun dark”, why not enjoy to help enhance the mystical Force that moves through each and every one of us? Here are some strains Carrie Fisher has surely packed into a glass smoking pipe back in her day of sporting bikinis on Abbas’s sail barge:

As you can see, many of these Star Wars themed strains have OG in the name. No, it does not stand for “original gangster” thus symbolizing the “hive of villainous scum” that congregated in taverns on Moss Eisley. Instead it gets its name due to its crossing with Ocean-Grown Kush, a potent strain of Afghani marijuana. However, we can assume Boba Fett smoked the Han Solo OG before capturing the infamous smuggler and delivering him to Jabba’s Palace!

If you are going to celebrate May the Fourth while watching the classic films or new franchise extension movies with your closest friends, then why not make a game of it! Here is a game called “Feel the Force”, and here is how it is played: