Click to slide down Menu Panel
Home > Articles > When people were fined for not smoking weed!

When people were fined for not smoking weed! 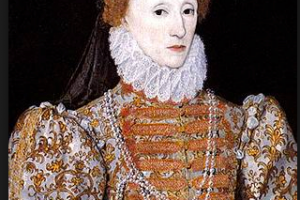 When People Were Fined for NOT Growing Weed

In today’s modern era where conservative politics and the meddling government plays a big role in substance control, you can pay a hefty fine and face incarceration for growing your own marijuana.  According to NORMAL Federal Law dictates that even growing one plant in your basement can warrant one year in jail with a $1,000 fine. If you are caught selling less than 50g of pot it is considered a felony and a judge can send you to prison for up to 5 years with a $250,000 fine. Now imagine a time and a place where the government PAYS YOU to grow and sell marijuana! Sounds too good to be true, right? The next time you light up one of your smoking pipes close your eyes and think back to the year 1558—a time when the English Reformation was well under way in what historians refer to as the “golden age of English history”, and where Queen Elizabeth I barely made it to the thrown after being thrown into the Tower of London where she was threatened to be put to death by her sister, Queen Mary. After spending time in a disease nest like that with views of bloodied severed Protestant heads speared on pikes from her window, it seems clear why she legalized pot, right? Was Elizabeth the Queen of Green?                    landowners with more than 60 acres of land were required to grow cannabis as one of their primary crops, and if they didn’t they would have to pay the crown 5 pounds (the equivalent of roughly $1000 in today’s exchange rate and financial market). We don’t have proof that the queen actually smoked the green stuff, and it is even rumored that she swore off pleasure in the form of excess. However, it is safe to assume she wouldn’t have judged those who did pick up a stone smoking pipe and toked the ganja if we are to examine her dialogue in the Catholic / Protestant Issue, for she famously said, “I have no desire to make windows into men’s souls”. In other words, if a Catholic wanted to live in her realm and cross themselves before the Virgin in the secrecy of their own home, the Queen was not about to read their heart and burn them at the stake for nonconformist behavior. It is therefore plausible that such nonchalant thinking would have extending to the smoking of marijuana.  Didn’t She Toke the Pipe Just a Few Times? Given her history, it seems only commonplace that she would have smoked a fat blunt, but historians have no proof. Let’s look at some facts: Her father, Henry VIII, be-headed her mother and another one of his wives.

Sixteenth Century England was a tumultuous time in which her Protestant sovereign was building an army and navy to fight off the threat from Catholic Spain and its infamous Spanish Armada. Materials were needed for sails, rope, various types of weaponry, and other instruments that could be used to blow those Catholics back across the sea. The only problem was that landowners cared more about cultivating grains and vegetables, as the not too distant memories of plague and starvation still haunted the European mindset. As a means to encourage farmers to grow cannabis, in 1563 Elizabeth made it a law that