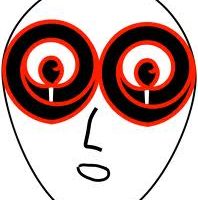 ABOUT THE FIRST HAPPY PIPE SMOKER:  back than we didn’t have T.V no electric power we were way more connected to nature. all our senses worked different than today.  the first happy pipe smoker was so happy that he began to dance in the cave after smoking the first smoke of the day. the dance was all around the new pipe in circles. like our own life’s we all go in circles over and over up until we realize that we all ways ending up at the same spot of happiness. that was the only entertainment the cave men found at the very beginning.  this happiness grows to lot`s of creations within yourself . we are starting to do more by taking the right direction.

THE HAPPINESS  AFTER SMOKING: Lot`s of nice things can happened after the firs smoke, when i just started to smoke this pipes i use to take the firs hit and sit down for a good 1 hour thinking about the second one. and also preparing myself to the next dream i wold take my mind into. i remember my first happy dream. Yep you all know now my first dream was about the funny Harry Potter and there is a reason for that. the first smoke toke me to thing about this dud because of is name associate with pothead. you guy`s  can not imagine  what coming next. Smoking pipes is really all about relaxation. Since tobacco was discovered its been a favorite pastime of men and women find themselves smoking a tobacco pipe. There are really only 3 ways to smoke tobacco: cigarettes, cigars, and the pipe. The tobacco pipe is the only option which gives the smoker a lasting sense of pleasure and a total state of relaxation with natural wooden smoking pipes. God my eyes are red now…

The first time I ever smoked weed was in high school .  One of my buddies stole a bowl of weed from his father’s stash; and we smoked it  it for weeks as we planned out the epic first smoking weed pipe adventure.  The day came, and we all pretended to go to school stoned, but we actually ditched and met up at a friend’s house.  There, my friend fashioned a bong out of a glass water bottle, the stem of a pen, and a cardboard bowl held together by tape and foil.  We each take a ‘hit’ from this ‘bong’, but my friend, who brought the weed, didn’t understand the bubble action- so he blew out, instead of sucking in, and got the weed all wet.  The ‘bong’ was huge . We then tried a can, but made one big hole where the wet weed fell through- so we had to tear apart the can to dig out the weed which was in a small pool of beer.  So there we are, staring hitting on the bong, trying to figure out what to do next we were so stoned.  We make a wood pipe out of tin foil, which would have worked, but we decided in order to help the weed burn. We light it, and in a quick flame, it disintegrated into ash.  Nobody ever got a clean hit, and nobody got high.

I was working as a laborer on a construction job to earn money for college. I worked with mostly all grown men. One man in particular was a large African American man, who everyone called “Preacher”. He was a kind fellow, strong as a bear, and smoked a happy glass weed pipes. I got to know Preacher fairly well, helping him do various chores. What was unusual about his glass pipe smoking, is that for some reason, rather than use regular happy weed , he kept a blunt in his shirt pocket, and when he needed new happy weed in his glass pipe, he would remove the blunt, and carefully cut a piece just the right size to fit his happy pipe with his pocket knife. I never did ask him why he did that, rather than regular happy glass pipe….perhaps the blunt was easier to load on the job and in the Los Angeles summer heat?

I’ve planned this series to give you just what you need to get started smoking, then return to some less essential, but certainly important concepts and aspects of pipe smoking.  I’m of course no expert at all of these subjects, but I have at least cursory knowledge enough to speak to all of them, and I do feel they are all important. There is of course more to learn that what is covered here, should you decide pipe smoking is something you wish to pursue, but I wanted to keep this series down to a manageable size.

Over the past several years, we have seen a concerted effort to curtail, if not eliminate smoking medical marijuana. The king of weed 1968 report raised the question regarding the happiness of smoking weed with glass pipes, yet people, young and old, male and female, continue to smoke weed and still happy to do so.

Thank you for visiting us! please come again soon! and get your new smoking pipe at the pipe depot the best pipe store on the web. we love our store