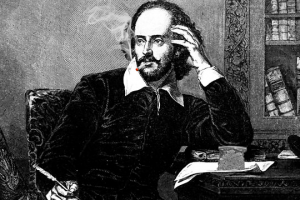 On Shakespeare And Glass Smoking Pipes